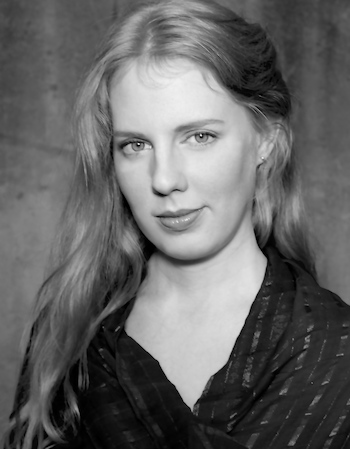 Praised for her unusually warm coloratura voice, soprano Amy Zinger approaches every performance with passion and a sense of humor. Her concerts prominently feature the works of Mozart, Handel, and Schubert, just to name a few. Dubbed “Zinger the Singer” by audiences, she has performed concerts and recitals at various venues around DFW, including Klyde Warren Park and the historic St. Paul United Methodist Church in the Arts District. She is also highly involved in Open Classical DFW, a non-profit organization dedicated to placing classical music into the heart of everyday popular culture.

As a child, Amy was painfully shy. Despite this, she sang around the house constantly and showed an early love for music. Her parents noticed her talent and started her in piano lessons at the age of seven. Later came violin lessons, then voice lessons once she reached high school. After her first voice lesson, Amy came home and announced that she had finally found her instrument.

She continued to study voice throughout high school and by her senior year had decided to pursue a degree in music. Health problems soon changed everything, though. After a great deal of struggle and pain, she eventually let go of her dream of singing…or so she thought. A number of years passed, but music still called out to her in earnest. So finally she decided to rediscover her voice. Amy's path was set and she has never looked back.

Amy is a graduate of the University of North Texas with a Bachelor of Arts in English Literature. In her spare time, she reads voraciously, plays chess poorly, and spends time with her husband and two good dogs.