Name says it all

â€‹Lori Brennan, soprano vocalist, brings golden song-bird talent, Emily Javadi made her come-back after a lengthy break to fill the role of first violin, and Patricia Yakesch hasn't quite found the ability to retire joined the group after her debut as "Joy" in 2012 on second violin and switched to clarinet in 2013.  Pia Koch and Kelly Ball took the stage with a unique duet of piano playing, showing off their highly coordinated skills as right hand and left hand respectively. â€‹Brittany Oswald mesmerized the group with the addition of the cello in 2014.

Critically acclaimed as the "the best part of the show", one audience member described his experience as "barely able to see past the swarm of paparazzi".

"These babes are a huge hit and I hope they come back for more performances.  Clearly there was not a dry eye in the house.", said Mark Landson, Director of Open Classical, Host of Open Mic, and the group's personal coach. 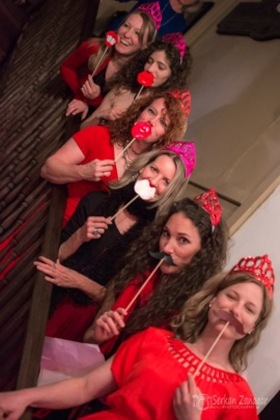