Very few artists successfully cross back and forth from jazz to classical and back again: Wynton Marsalis, Benny Goodman, Duke Ellington, Keith Jarrett, Brad Mehldau and Arturo Sandoval come to mind. But now add to the list Dallas vocalist Damon K. Clark. Already acclaimed for his unusual sensitivity, versatility and virtuosity, Clark is as much at home with Thelonius Monk’s “’Round Midnight” as he is with Puccini’s “Nessun Dorma.”

The mellifluous tenor minimizes the aesthetic distance between the classical and jazz worlds. Although Clark has performed in Europe, all over the United States, and in many venues in Dallas, including the Winspear Opera House, he considers Oak Cliff’s Kessler Theater to be his artistic home. In fact, his debut CD is entitled, Damon K. Clark Live at the Kessler Volume I. The CD includes a stellar cast supporting musicians including Caleb McCampbell, Asher Barreras, Justin Heaverin and Neeki Bey.

While his tessitura and timbre could be described as Bobby McFerrin-esque, his approach to the material is unique. Clark’s scatting in particular exhibits a classical precision, while hinting at his affection for Ella Fitzgerald’s and Mel TormÃ©’s improvisational skills. Clark’s take on the Gershwins’ “They All Laughed” is a highlight, showcasing his astonishing range, playful scatting, melismatic mastery and elastic phrasing.

First time listeners of Damon K. Clark will wonder: "Where the hell have you been all my life?” The Dallas singer’s virtuoso versatility is phenomenal. Puccini to Monk with the greatest of ease? Absolutely, and with a depth of musicality and artistry that makes every performance a revelation. - Modern Luxury Dallas

If you've been fortunate enough to attend one of Damon K. Clark's previous Kessler Theater performances, then you're already fully aware of his extraordinary talent and expertise. Every one of his shows brings a new element of surprise. - The Kessler Theatre

Damon K. Clark is a jaw-dropping talent, a gifted vocalist whose talents are near-unmatched locally. Jazz is his chosen realm and it's easy to understand why: Performing live before bare-bones jazz set-ups, his absurd range is given the front-and-center showcase it so ridiculously deserves. - Dallas Observer 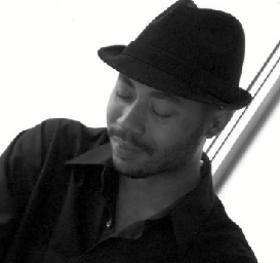