Praised for her “beautiful, limpid quality (Theater Jones 2014),” Erin Alcorn is a lyric soprano from Dallas, Texas. Erin was most recently seen as Susanna in Le nozze di Figaro with the Oberlin in Italy Opera Theater, Adina in The Elixir of Love with Dallas Opera Outreach, and Zerlina in UNT Opera's Don Giovanni. She was a 2014- 2015 Dallas Opera young artist. Upcoming engagements include Goldilocks in a new operetta by Mark Landson with Open Classical Dallas.

She has performed as a soloist in concert and for various engagements with Voces Intimae: The art of Song, Musica Nova, the Children’s Chorus of Greater Dallas, and The Dallas Opera. She performed the roles of La Bergère and La Chouette in Ravel’s L’enfant et les sortileges with the Oberlin Opera Theater. Her other stage credits with Oberlin include Giulietta (I capuleti e i montecchi), Adina (L’elisir d’amore), Zaïre (Les Indes Galantes), Susanna (Le nozze di Figaro), and Drusilla (L’incoronazione di Poppea). Erin was also seen as Casilda (The Gondoliers) with the Oberlin Gilbert and Sullivan Society. On the contemporary side of things, she performed in the staged production of Exercices de Style by French- Canadian composer José Evangelista with the Oberlin Opera Theater, and was invited to sing in Steve Reich’s Music for 18 Musicians and David Lang’s The Little Match Girl Passion with the Oberlin Contemporary Music Ensemble.

Erin was a 2015 Oberlin in Italy Opera Artist, a 2013 OperaWorks Advanced Artist, and a 2011 Lieder Studio Artist with the American Institute of Musical Studies (AIMS). She was a recipient of the 2015 Women's Voice Award from The Texas Women's Chorus. She placed First in State for the Arden J. Yockey Scholarship for Voice sponsored by the Tuesday Musical Association and second place in the Hal Leonard Vocal Competition.

Erin holds a Bachelor of Arts in Vocal Performance from the Oberlin Conservatory of Music and is currently working towards a Master of Music in Opera at the University of North Texas. Erin grew up in Coppell, Texas and sang with the Children’s and Youth Chorus of Greater Dallas from 2000 to 2008. 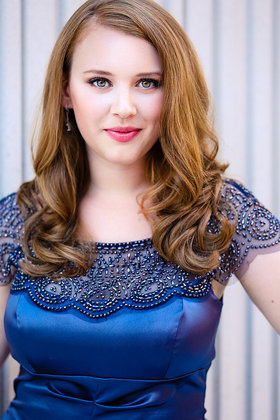