Javier Betancourt, a native of McAllen, Texas, began his cello studies at age 10 with his middle school orchestra. He went on to perform professionally with the McAllen-area Valley Symphony Orchestra at age 16, and had solo appearances with several orchestras in south Texas. At the University of North Texas, Javi had the opportunity to study with world-renowned cellist, Eugene Osadchy.

Javi has demonstrated superior versatility throughout his career, recording in Rock, Pop, Country, and R&B genres. His most recent project, the Six Cello Suites by J.S. Bach, demonstrates his aptitude for classical, as well. Each year Javi plans to record and perform two suites, completing all six by 2015. 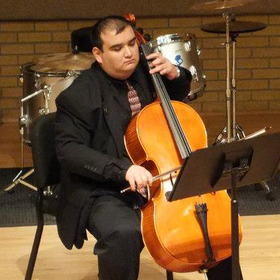