Laurie Lynn Lindemeier, lyric soprano, performed in La Bohéme with the Fort Worth in 2013 and has also sung several seasons with the Dallas Opera. Laurie lives in Dallas where she is a freelance technical writer and editor and a staff singer at the Cathedral of Hope.

Her past roles include: the Widow—Merry Widow, title role in Suor Angelica, Witch—Hansel and Gretel, and Mrs. Gobineau—The Medium.

Puccini and Mozart are Laurie's most-loved composers but German lieder also woos her. She spent time in Germany after graduating from college where she worked to add to her fluency in the language. Laurie also studied as an exchange student at the University of Exeter in England. French, German, Italian, and even English are languages Laurie may serenade you with on a Tuesday night at Buzzbrews during Open Classical Mic night. She loves singing everything from Moon River to Quando m’en vo. Her many years as a cantorial soloist for a Florida synagogue helped perfect her Hebrew and Yiddish as well.

Laurie is a feature writer for TheaterJones and blogs on DMagazine and Wordpres(LLLOpera). Laurie is revising her memoir which tells the story of how a dairy farmer's daughter ends up singing opera. 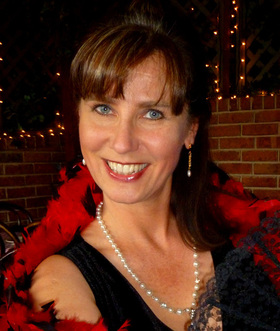