Steven A. Juarez, currently attends Southern Methodist University where he’s studying music performance for Viola. His music studies have enthusiastically taken him from Dallas to New York to Russia and many places in between. The New Conservatory of Dallas, The Institute for Strings, The National Symphony Orchestra’ Summer Music Institute, Meadows Symphony Orchestra, and the Peabody Symphony Orchestra are just a few of the orchestra’s that Steven has been a part of.

Steven graduated from the Booker T. Washington High School for the Performing and Visual Arts in Dallas where he won the Dallas ISD Concerto Competition and his chamber quartet won Chamber Music International’s High School Division before graduating.  Steven has studied with Kay Gardner, Ellen Rose, and Victoria Chiang. In his spare time, he enjoys sports, traveling and spending time with his family. 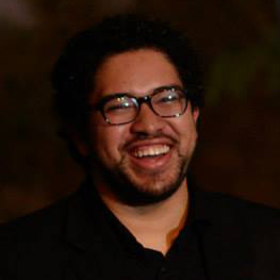