Travis Wiley McGuire graduated from Southern Methodist University with an M.M. in Voice Performance, studying under Virginia Dupuy, Martha Gerhart, and Simon Sargon. His B.A. Degrees in Music and Biblical Text are from Abilene Christian University, where he studied under Julie Pruett. In Abilene, he appeared as Bartolo in Le Nozze di Figaro, as Gianni Schicchi, and as Frank Maurrant in Kurt Weill’s Street Scene. He also sang with the Abilene Opera Association as the Imperial Registrar in Madama Butterfly, as Sonora in La Fanciulla del West, and as Smee in Peter Pan. McGuire’s appearance as Prison Warden Frank in the Abilene Tri-Collegiate Opera’s Die Fledermaus was described in the Abilene Reporter News as displaying a “well-developed comedic bent” and “great vocal abilities.”

In 2008, McGuire participated in the Los Angeles-based program, OperaWorks!, where he worked with noted coach, Ann Baltz. He has also recently appeared in several of the the SMU Opera Ensemble’s "Opera Free for All" series concerts, in addition to appearances as the Narrator in The Old Maid and the Thief, the Sorceror in Dido and Aeneas, Alcindoro in La Boheme, Grandpa Moss in an award-winning production of Aaron Copland's The Tender Land, and the Learned Judge in Gilbert and Sullivan's Trial by Jury.

McGuire began singing in the Dallas Opera Chorus in the 2010-2011 season, and has appeared in Boris Godunov, Lucia di Lammermoor, Tristan und Isolde, and Die ZauberflÃ¶te. He has also recently appeared University of North Texas productions as the Commendatore in Don Giovanni and Raimondo in Lucia di Lammermoor.  In June 2012, McGuire begins work with the Education Department of The Dallas Opera as a Teaching Artist and will involve regular performances as the Giant in the children's opera, Jack and the Beanstalk, words by John Davies, music by Sir Arthur Sullivan.

McGuire is currently studying with Dr. Stephen Morscheck in the D.M.A. program at the University of North Texas and working as the Minister of Music at the Walnut Hill Church of Christ.  In the little free time this leaves him, he enjoys calligraphy, knitting, Scottish history, and Doctor Who, having recently presented a paper at Pepperdine University on the relationship between musical experimentation and narrative and moral liminality in Doctor Who incidental music. 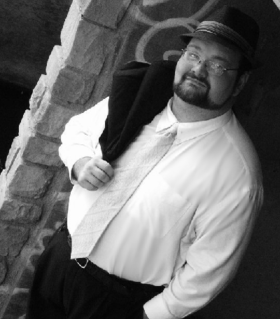