A native of Dallas, Texas, baritone Trevor Neal is a favorite among audiences throughout the southwest United States. Trevor has appeared in concert with the South Arkansas Symphony Orchestra, Wichita Falls Symphony Orchestra, Abilene Symphony, and numerous community orchestras. He is pursuing the Bachelor of Music degree in Voice performance at the University of North Texas where his opera credits include that of Colline in La Boheme, Dottore in La Traviata, and Figaro in Le Nozze di Figaro, a role which he reprised in his appearance with Spotlight on Opera Company of Austin, Texas. In the 2011 Festival season, with Spotlight, he made his role debut as Ford from Verdi’s Falstaff. He has been under the baton of conductors such as Patrick Summers, David Itkin, Graeme Jenkins, Marco Guidarini and coaching’s with acclaimed MET Tenor Richard Croft, Jake Heggie, and Stephen Dubberly. Trevor participated as a sailor in the World Premiere of Jake Heggie's opera  Moby-Dick as well as Boris Godunov, Lucia di Lammermoor, Tristan und Isolde, La Traviata and The Magic Flute with The Dallas Opera. Trevor sings with the South Dakota Chorale, a professional choral group of 28 singers, based in Sioux Falls, SD. He is a  featured soloist on their debut album,  In Paradisum: The Healing Power of Heaven, which was released and  distributed by Naxos/Gothic in May 2012. Of this recording, Donald Rosenburg of Grammophon, described him as being “vivdly alert to emotional coloration”. Trevor recently completed performances as the featured soloist with The UNT A Capella Choir in concerts in both Daejeon and Incheon, South Korea as part of the Daejeon International Choral Festival. Trevor studies with baritone Jeffrey Snider. 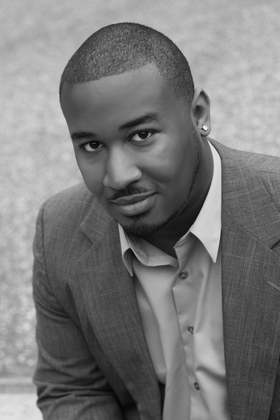