John Stuart, a San Antonio native, has over 20 years of teaching experience. As a young cellist, Stuart attended Alamo Heights High School and studied cello with Dan Zollars. While in high school, he preformed frequently with YOSA and the San Antonio Civic Symphony under the baton of Domenick Saltarelli.

In 1997, he returned to San Antonio and attended UTSA, majoring in music pedagogy under Dr. Eugene Dowdy and Dr. Scott Balintine. He has devoted the last 16 years to teaching and performing the cello. He currently lives here in San Antonio with his wife, daughter and son. 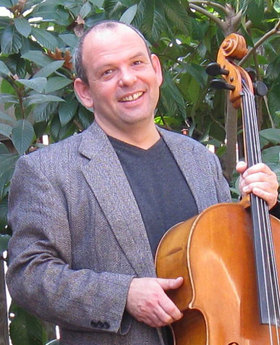