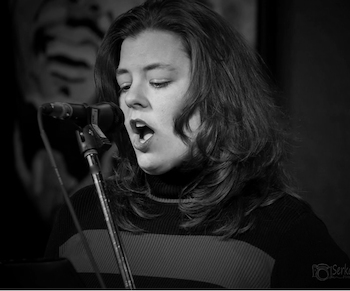 Lara Beth Bliss, soprano vocalist is in her tenth season with the Dallas Symphony chorus, with whom she performed in a Carnegie Hall presentation of Orff’s Carmina Burana under the direction of David Davidson and Andrew Litton in 2005.

In the Spring of 2012 Lara Beth played Elsie Maynard in Regal’s production of Yoemen of the Guard.  She debuted with Regal as Kate in Gilbert and Sullivan’s Pirates of the Penzance in 2006.  This past Christmas, Ms. Bliss made her debut with Pocket Sandwich Theater as Belle in their production of Ebenezer Scrooge.  Her 2011 performance of Elsa Schraeder in Jewel Box Theater’s production of The Sound of Music received glowing reviews in the Daily Oklahoman.

In previous years, Ms. Bliss covered the role of Clara for the TCU/Fort Worth Opera Institute and played Sister Osmina in Metroplex Opera Company’s inaugural staging of Suor Angelica.  She has also appeared with Cimmarron Circuit Opera Company as Vittoria in their production of Gilbert and Sullivan’s The Gondoliers.

In addition to mainstage productions, Ms. Bliss’ credits also include Sandman in Hansel and Gretel, Donna Elvira in Don Giovanni, Fiordiligi in Cosi Fan Tutte, and the Countess in The Marriage of Figaro, all of which were performed during her three years at the MasterWorks Festival in Indiana.  A native of Oklahoma, Lara Beth now resides in Dallas and is currently studying with Kathleen Terbeek.