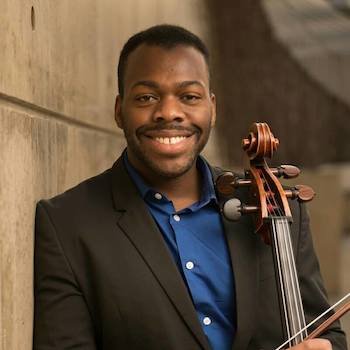 Byron Hogan is a cellist and arranger with a distinguished career as a chamber musicians who currently resides in New York City. He was a founding member of the Julius Quartet, created as Boston Conservatory’s Honors String Quartet in 2012. In 2014, the quartet won the Massachusetts ASTA string quartet competition, and made their Carnegie Hall debut in 2016. They went on to hold artist residencies at Montclair State University and Southern Methodist University.

From 2010 to 2012, he was an Artist in Residence at USF as a member of the President’s Piano Trio. He has played in ensembles such as the Ocala Symphony Orchestra, The Osud trio, The St. Petersburg Opera, and the Miami ballet as well as performing as soloist with The Imperial Symphony and the Bogus Pomp Orchestra. Byron has recently taught master classes in Florida in addition to performing throughout the United States and Canada.

He holds a Bachelors of Music from Florida Southern College where he studied under Anne Parrette and Jeffrey Lang, a Masters in Music Performance and Chamber Music Performance from the University of South Florida where he studied under Scott Kluksdahl, a Graduate Performance Diploma from The Boston Conservatory under Rhonda Rider, and an Artist Diploma from the John J. Cali School of Music at Montclair State University under Nicholas Tzavaras as part of the Graduate String Quartet in Residence program.