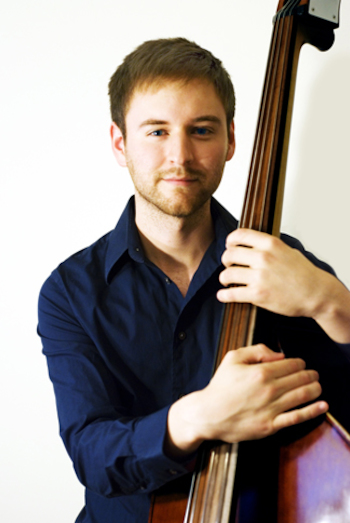 Daniel Nix, heralded as “a remarkable talent” (Times Columnist), is a doublebassist residing in Dallas, Texas.  While under the mentorship of renowned soloist Gary Karr, he completed a Bachelor of Music degree with distinction at the University of Victoria.  Daniel has since embarked on a lucrative career as soloist and chamber musician throughout North America and Europe, performing most recently in Carnegie Hall.  Daniel has toured the Baltic as soloist with the Estonian National Male Choir and the Pärnu City Orchestra performing works by Gavin Bryars.

Daniel’s solo debut album, Silva Caledonia, features Bryars’ Ian in the Broch (composed specifically for Daniel), and Concerto for Double Bass “Farewell to St. Petersburg.”  Bryars proclaimed Daniel as “already one of the finest bassists and surely destined to be one of the truly great players.”  To profile his achievements, the Strad magazine featured Daniel in the monthly ‘Launch Pad’ series which spotlights up-and-coming artists.

In addition to his burgeoning solo career, Daniel is in great demand as a chamber musician. He is a founding member of the Saturna Trio, which performs works for piano trio as part of Daniel’s continuing commitment to expand the presence of the double bass in chamber music.