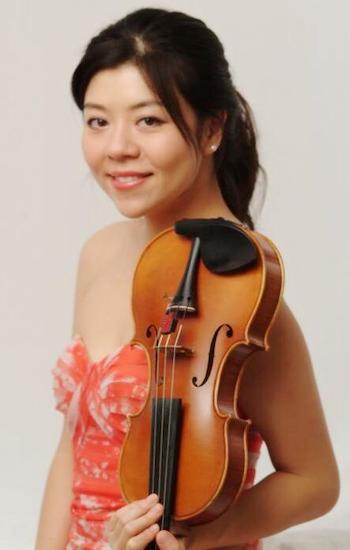 Florence Wang is an up and coming violinist in the Dallas area, in demand as both a chamber musician and orchestral player. She is a recent graduate of SMU’s Meadows School of the Arts, where she was on a full artist scholarship as a pupil of Chee-Yun and won the SMU Meadows Concerto Competition in 2010. She was also a Dallas Women’s Club Scholarship recipient.

Ms Wang has been a frequent contributor to many of the Dallas area’s active chamber series, performing multiple times with both Ensemble 75 and Avant Chamber Ballet, in addition to the Open Classical Artist Series.

As an orchestral musician, she has performer with the Dallas Symphony, the Dallas Opera, the Charleston Symphony, and was concertmaster of the Meadows School of the Arts during showcase performances.

She has also held positions in a number of summer music festivals, including Concertmaster of the Tanglewood Music Center, the Harold Simmons Foundation Full Scholarship at Music Academy of the West, as well as positions in the Spoleto USA Festival and the Innsbrook chamber music festival.

Born in Shenyang China, Ms Wang began studying the violin with her father at age 6. At age 12 she was one of four accepted at the Central Conservatory of Music in Beijing. Ms. Wang moved to the U.S three years after she completed the program.