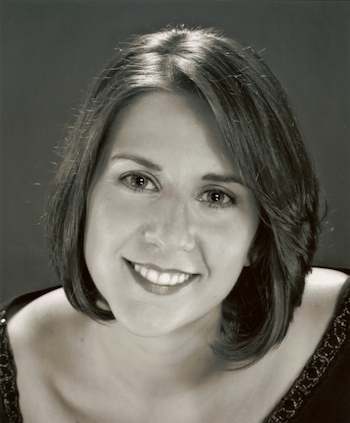 Soprano Leslie Hochman has been praised for her “beautiful voice” and “wide vocal range” on opera and concert stages across the country. She sang many leading and supporting roles as a resident artist with the Tri-Cities Opera (Binghamton, NY), including the title role in The Merry Widow, for which the Ithaca Journal described her singing as “lyrically beautiful, vocally expressive, and robust.”  She also received accolades from the Binghamton Press and Sun for delivering “a moving performance" as Mimì in La Bohème. Other roles with TCO include Pamina in Die Zauberflöte, Violetta in La Traviata, and Belinda in Dido and Aeneas. Leslie has performed with Connecticut Grand Opera, Regina Opera (Brooklyn, NY), Toledo Opera, and the Caramoor Bel Canto Festival (Katonah, NY).  In 2009, she made her Avery Fisher Hall solo debut in Dallapiccola’s Volo di Notte with the American Symphony Orchestra under the baton of Leon Botstein.

Leslie received a Master of Music Degree in Opera from Binghamton University in 2005 and a Bachelor of Music in Voice from the University of Texas in 2002. A native Texan, Leslie is happy to be back in Dallas after many years away. She performs regularly in Dallas with The Dallas Bach Society, Vox Humana, The Dallas Opera Chorus, and Open Classical. She lives in the Lakewood area with her husband and son.