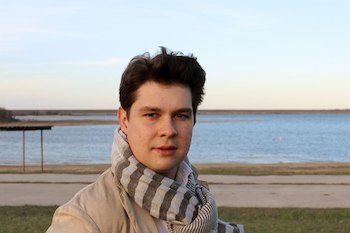 Mikhail Berestnev was born in the city of Slavyansk-na-Kubani of Krasnodar region in a family of musicians. He started playing piano at the age of five taking lessons at the local school of music named after Grigory Ponomarenko. Being a student of Irina Grebenkina he received prizes at the National Competitions in Russia named after Konstantin Igumnov in Lipetsk, "Inspiration" in a memory of Dmitry Schostakovich in Volgodonsk where he made also his debut with the Rostov-on-Don Philharmonic Orchestra at the age of eleven. Later on he became a recipient of a schoolarship from the government of the Krasnodar Region and Minister of Culture of the Russian Federation.

After he finished his Artist Diploma he was accepted at the studio of Professor Joaquin Achucarro at the Meadows School of Arts in Dallas doing his Performance Diploma. During those years he released his debut solo album "Live Around the World" on Tune City Records. He was awarded also Harold von Mickwitz Piano Award for winning annual concerto competition and playing Rachmaninoff's Rhapsody on the Theme by Paganini with Meadows Symphony Orchestra. Other highlights include recitals with violinists Emanuel Borok and Aaron Boyd for the Meadows Distinguished Artist Concert Series, world premiere of the piano trio written by composer Samuel Henderson played with Grammy Award Winner violinist Matt Albert, another world premiere of sonata for Horn and Piano written by Dallas - based composer Gregory Sullivan Isaacs played with principal horn of Berlin Philharmonic Orchestra David Alan Cooper. Other collaborations include performances with members of "Seraphim Trio" from Melbourne, "Neo Camerata" Ensemble, San Paulo String Quartet, Odysseus Chamber Players, Cezanne Quartet and Julius Quartet.

In a solo performances he appeared at the Recital Hall of Moscow's International Music House, Grand Hall of Moscow State Conservatory named after Tchaikovsky, English Hall at the Saint Petersbourg Music House, Concert Hall of Russian Academy of Music named by Gnessins, National Concert Hall in Dublin, Flagey Theatre in Brussels, Recital Hall of Palau de la Musica in Barcelona, Modern Art Museum of Fort Worth, Caruth Auditorium in Dallas and many others.

He collaborated with Philharmonic Orchestras of the city of Yaroslavl, Voronezh, Tchelyabinsk and Rostov-on-Don as well as Fort Worth, Sydney, San Angelo, Brazilian Symphonies, Royal Chamber Orchestra of Wallonia, Youth Orchestra of North Texas and Symphony Orchestra of Texas Christian University.

His recordings have been broadcast on WQXP Radio in New York, ABC Classical Radio in Australia, WRR Classical in DFW Metroplex.