Known for her absolute precision, fiery coloratura, and honeyed timbre, soprano Rainelle Krause is a versatile and compelling singer.  She was most recently seen as Cinderella in Opera for the Young’s adaptation of Massanet’s Cendrillon, a role which combines some of the most well-known music of both Cendrillon and La Fée, posing a unique challenge.   Rainelle has also sung Zerlina (Don Giovanni) with Indiana University's Jacobs School of Music Opera Theater, Galatea (Acis y Galatea) with Opera Nova Costa Rica, and Elisa (Il Re Pastore) with Heidi Grant Murphy’s Graduate Opera Workshop.

Rainelle has trained as young artist with the OperaWorks Advanced Artist Program in Los Angeles in summer 2013, Opera Las Vegas in spring 2013, and the Taos Opera Institute and Opera Nova Costa Rica in 2012.  She has also been awarded as a Regional Finalist with the Metropolitan National Council Auditions in New Orleans and St. Louis, and placed in the Classical Singer Graduate Division and the Harold Haugh Light Opera Competitions.

Some of her concert credits include Orff’s Carmina Burana with the Indiana University Philharmonic Orchestra and University Choir, and Vivaldi’s Magnificat with the Northminster Presbyterian Church in Indianapolis.

Rainelle will be seen in Casa Mañana's production of The Sound of Music, and some of her recent engagements include a guest artist position with the Taos Opera Institute, as well as work with the Fort Worth Opera chorus in their production of The Pearl Fishers.

A native of Tampa, FL, Rainelle holds a  Bachelors of Music (2010) and a Masters of Music (2012) in Vocal Performance from Indiana University’s Jacobs School of Music. 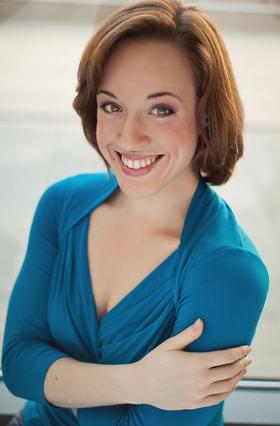