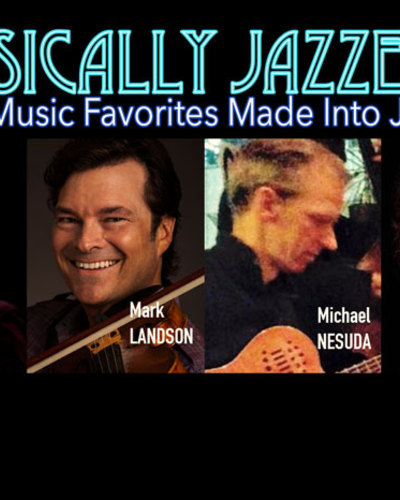 On the first half of the program, Open Classical director Mark Landson and other composers reimagine classical favorites from Vivaldi, Bach, Mozart, Beethoven and other greats as jazz pieces, played by a combo of stellar local talent, including Damon K. Clark on vocals, Marek Eneti (Light Crust Doughboys) on violin, Michael Nesuda (The Obscure Dignitaries) on guitar, and Jonathan Fisher on bass.

On the second half of the program, internationally known Polish jazz vocalist Grazyna Auguscik and her band perform jazz arrangements of Chopin and other Polish classical composers, plus some selections from her catalog, including her renditions of songs by Nick Drake.

The Mirror
Based on: Symphony in G minor by Wolfgang Amadeus Mozart
Lyrics by Mark Landson*
Vocalist: Damon Clark

Star
Based on: Intermezzo by Mascagni
Lyrics by Mark Landson*
Vocalist: Damon Clark

* Special thanks to Bronwen Roberts for assistance

The Live Oak is the premier listening room club in the DFW Metroplex. The excellent house sound system and comfortable seating with bar and food service give you a top notch experience.