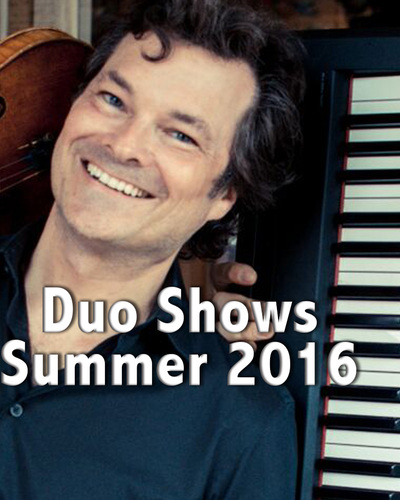 A secret show where Mark Landson and Thiago Nascimento unviel new arrangements of Mark’s chamber music for violin and piano.

Neo Camerata toured the US and Canada in 2015, doing 32 headlining rock shows with the band Say Anything, and 22 classical shows of their original new classical music in 35 cities over 6 weeks.

Neo Camerata originally debuted in 2004 and now recently re-formed they are performing Mark Landson’s original, riveting music which combines the emotion and beauty of classical, the excitement and energy of pop, and the awe-inspiring technique of virtuoso musicians.