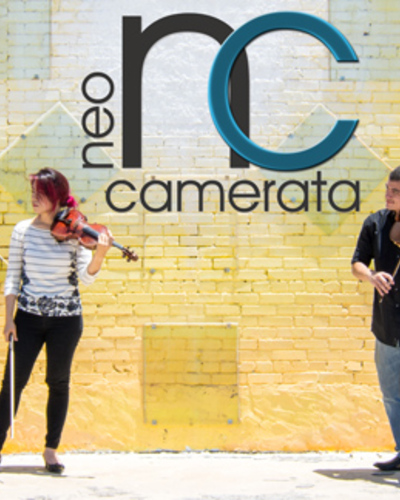 This show has been cancelled due to the security situation across the street at DPD headquarters. Lamar St is closed and the venue is inaccessible.

The Ghost of Blind Lemon is a prominent music blog in Dallas that highlights quality pop music from the Dallas-Fort Worth area. He was present at Neo Camerata’s June 2015 debut at the Kessler Theater in Dallas.

He later wrote, "Neo Camerata didn’t just exceed my expectations; they shattered them into the tiniest fragments possible. The musicianship and passion of all the performers on stage brought a fire to the songs that’s usually found only in the world of rock n’ roll. Neo Camerata brought all the intensity of classical music, but packaged it in a format that was easily accessible for the audience to absorb. Mr. Landson’s banter and analysis between songs brought a more relaxed and comfortable feel to the set than what is expected of classical performances."

Neo Camerata toured the US and Canada in 2015, doing 32 headlining rock shows with the band Say Anything, and 22 classical shows of their original new classical music in 35 cities over 6 weeks.

Neo Camerata originally debuted in 2004 and now recently re-formed they are performing Mark Landson’s original, riveting music which combines the emotion and beauty of classical, the excitement and energy of pop, and the awe-inspiring technique of virtuoso musicians.