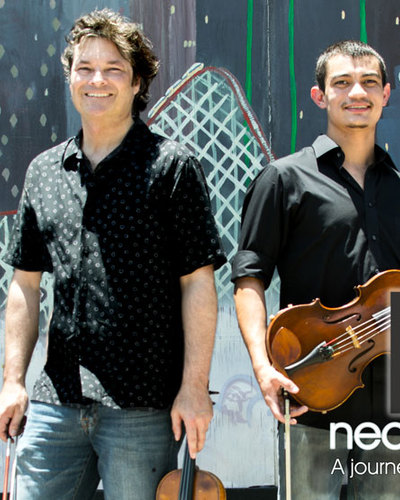 Formed in 2003, the group has performed at the Cannes Film Festival, the Kennedy Center in Washington, DC, and on the bill with orchestras and pop singers.

After a seven year hiatus, the group was re-formed by Landson and went on a 32 city tour in 2015 with the rock band Say Anything, also playing 25 classical concerts along the way.

Neo Camerata again hits the road in 2017, partnering with Landson’s organization “Open Classical” and “Music In Familiar Spaces” to bring the music and experience to multiple cities across the US.