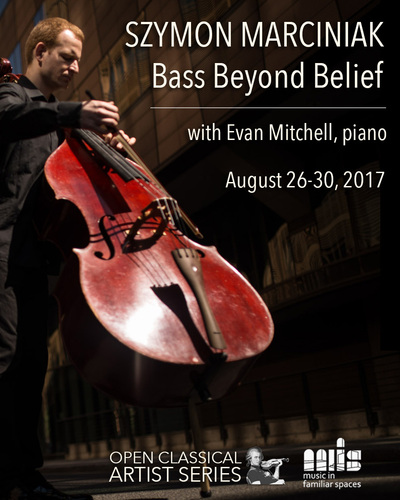 Open Classical is proud to present one of the most accomplished musicians on his instrument in the world. The beauty of his tone on the bass is indescribable, it must be experienced to be believed!

Szymon Marciniak is recognized as one of major masters on his instrument. Through his original musical approach and lively interpretations of classical bass-repertoire as well as transcriptions, he constantly receives acclaim and enthusiastic reactions from listeners and critics alike. He has performed as recitalist and soloist in most European countries as well as Canada and United States. His debut double CD with solo sonatas and miniatures by Adolf MiÅ¡ek (1875-1955), released in 2012 has been warmly received by international press, getting reviews by such renowned magazines as Fanfare or The Strad. 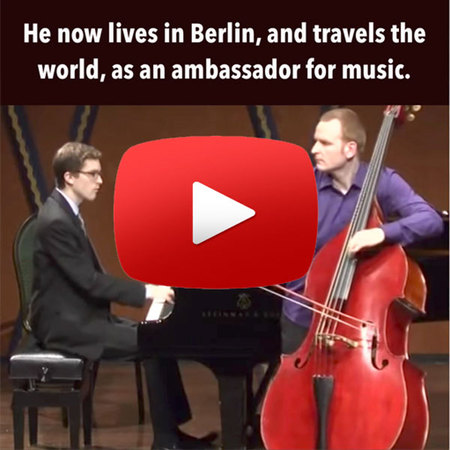 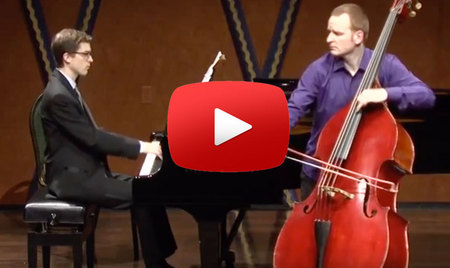 Szymon is one of 50 innaugural artists internationally in the artist collective “Music In Familiar Spaces”, comprised of hand picked artists of the highest caliber who have agreed to perform and organize Name-Your-Own-Price concerts in spaces like breweries, libraries, wine bars and pop listening rooms.

Program for August 26 in Fort Worth

Program for August 30 in Dallas