The Bach And Wing 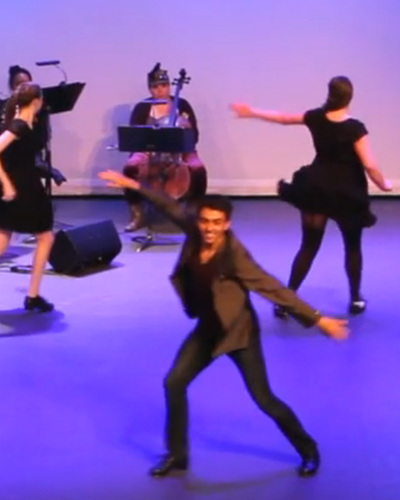 It’s the latest tweaked and twisted offering from Open Classical. They're the mad classical geniuses who brought you things like amplified chamber music concerts and a comedy Halloween show with decomposing Beethoven and Mozart. - Dallas Observer March 18, 2014

Great review of the February performance of “The Bach and Wing” in Theater Jones!

Choreographically, the show is phenomenal. Leverton has a keen musical sense which translates into complex choreography that highlights the melodic and rhythmic nuances of each piece of music. The arrangement of the steps and speed at which the dancers perform them create a mesmerizing package.
- Theater Jones review March 1, 2014

Dallas based musical arts organization, Open Classical, known for producing highly entertaining and engaging, casual performances will present The Bach and Wing – Live Classical Music Tap Dance Extravaganza at the Latino Cultural Center on Saturday, March 22nd at 8pm. General admission tickets are $20 in advance and $25 at the door.

Plus, intertwined between the explosive, energetic beat bits, Fun House Theatre and Film (named 2013 BEST Theater Company by The Dallas Observer) presents a comedic love-triangle story between the greatest composers of all time. Jeff Swearingen, founder, director and writer will perform the role of W.A. Mozart in the hilarious skits. The entire show is a rare artistic combination of theater, tap dance, and popular live classical music tunes.

Tickets are $20 in advance and available at www.OpenClassical.org.Latino Cultural Center is located at 2600 Live Oak in Dallas, near the Dallas Arts District. Free parking is available in the designated lot, with additional parking along the streets.

This show was presented first with The Drawbacks Youth Tap Ensemble on Feb 22. Photos by Serkan Zanagar from the show: 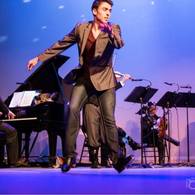 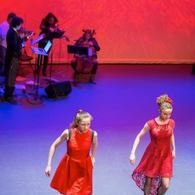 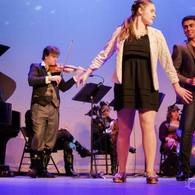 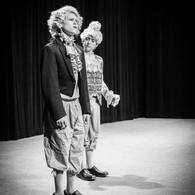 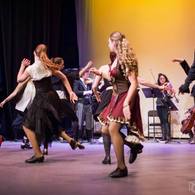 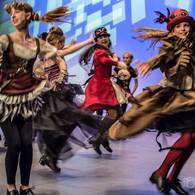 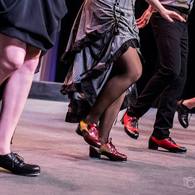 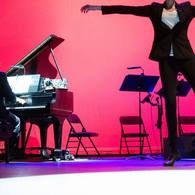